I'm OmegaToad64, a dedicated EarthBound fan and administrator here on WikiBound. I joined in June 2019, and have been on a mission to help revive this site. Before I joined, I noticed a lot of information on here was either missing, poorly written, and outdated (some pages even said SSB4 was "upcoming"), so thanks to my extensive knowledge on the series I've been filling in on the missing information or add interesting uncommon knowledge.

My activity varies due to my very busy schedule. I can't guarantee I'll be online every day to see all that happens, or if I'll be as active as I am in the future. For now though I'm online on a daily basis.

Other NIWA places I'm on are SmashWiki, Super Mario Wiki, and Bulbapedia with the same or similar username. I'm very active on SmashWiki, though the latter two I'm not very active.

How I leared about EarthBound

Like pretty much everyone else outside of Japan, I learned about EarthBound through the Super Smash Bros. series. Before I first played Melee, I only played a bunch of Mario games, and aside from Mario characters (sans Dr Mario), I never knew who any of the other characters or universes were in Melee (Not even Pokémon believe it or not). The non-Mario characters were somewhat interesting to me, the one who interested me most was Ness: his attacks were really neat and he was a very fun character to play as. NESS IS NOT BOTTOM 5 IN MELEE And the same was the case with Lucas in Brawl, since then I've always wanted to play an EarthBound game, but was never able to... until Virtual Console happened.

Admittedly I was a little intimidated to play EarthBound first because I never played a T rated game aside from Melee and Brawl, so I played EarthBound Beginnings first after watching Chuggaaconroy's lets play of it. Since then EarthBound is one of my all time favorite video game franchises behind Mario.

I own the entire series and know quite a lot about the games. My first EarthBound game was EarthBound Beginnings, it's incredibly underrated and while it has flaws, it's impressive and so much fun to play. I've beaten it at least 8 times, 6 times without a single game over. The second game I played was Mother 3, I got the fan translation on a flash cartridge and loved it. While I may not like it as much as the other 2 games, I love the story and gameplay and it's a ton of fun to play, it really deserves an official localization (You better be reading this NOA). When the SNES classic mini released, I bought it to play EarthBound (I ordered the PAL version of it because I liked the design better, rainbow buttons FTW!). Everything is just amazing in the game: the humor, the gameplay, the artstyle, and the PSI animations. It's my favorite entry, tied with Beginnings.

Because I draw too, and make funny stuff. 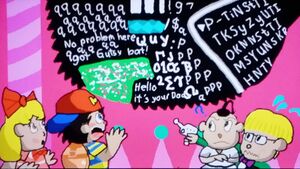 If EarthBound was made by EA 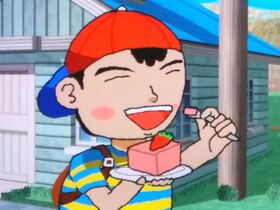